Hit enter to search or ESC to close
Ayurveda And Wellness

Treatment of Cerebral Palsy with Ayurveda 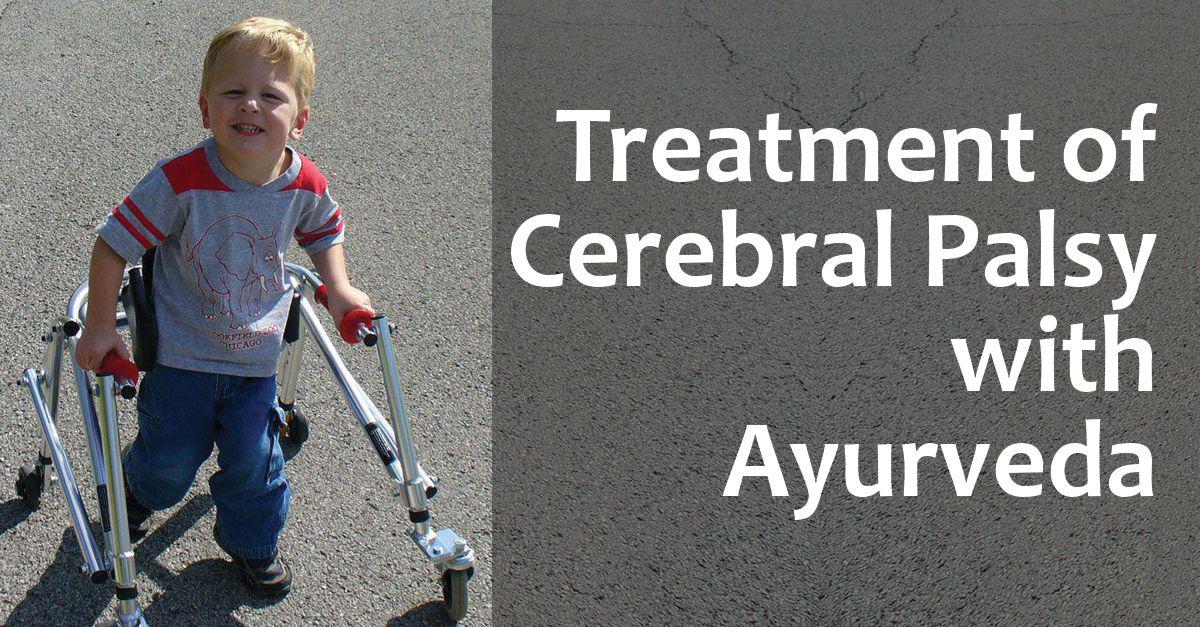 What is Cerebral Palsy?

Commonly referred to as CP, Cerebral Palsy is considered a neurological disorder caused by a non-progressive brain injury or malformation that occurs while the child’s brain is under development. It primarily affects body movement and muscle coordination. Doctors classify CP according to the main type of movement disorder involved. Depending on which areas of the brain are affected, one or more of the following movement disorders can occur:

CP is classified as Spastic (pyramidal) and Non-Spastic (extrapyramidal).

Being the most common type, Spastic CP develops tight muscles in some parts of the body that are unable to relax. Affected joints become stiff and hard to move. Usually, a person has problems controlling movements, poor coordination and balance. The person also finds it difficult in talking and eating. It has four variations:

Treatment in Ayurveda
Yes, there is a treatment for Cerebral palsy in Ayurveda. However, as this disorder is incurable, Ayurveda helps to improve the condition of the patient. According to Ayurveda, this condition is known as Phakka meaning the inability to walk or move. As per Ayurveda, there are three main energies –

Vata (Those related to movement in body blood, breath, and excretion),
Pitta (Body metabolism, digestion, temperature, heat, etc) and
Kapha (water and earth elements in our body) are responsible for a healthy life.