How Immunotherapy Helps In The Treatment Of Lung Cancer? 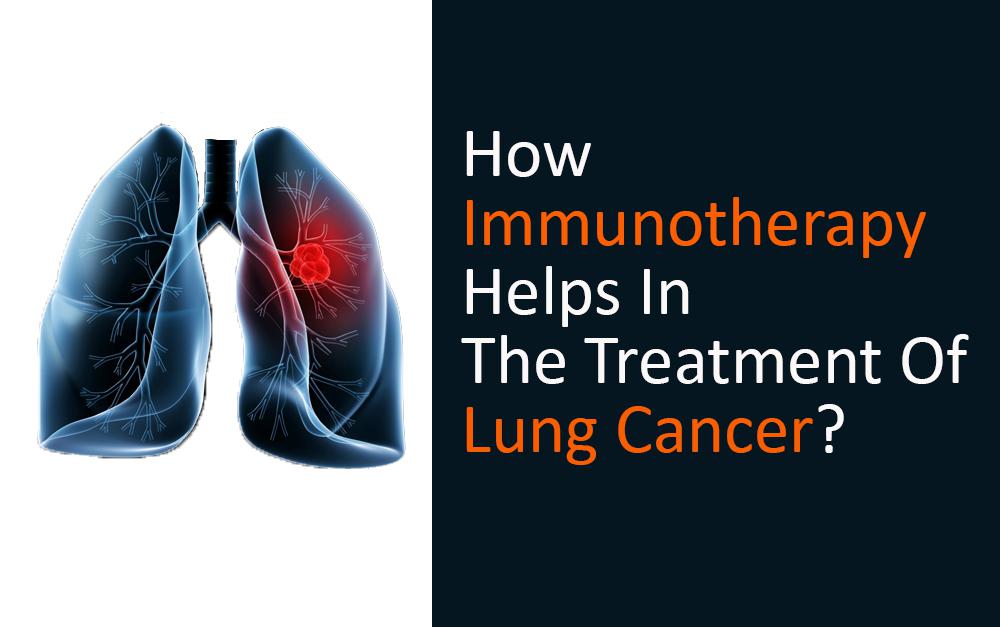 Today, the researchers are coming up with more and more ways to treat people diagnosed with lung cancer. One such new approach for lung cancer treatment is Immunotherapy which is giving hope. Also known as Biologic Therapy, Immunotherapy uses the body’s immune system to identify, attack, and kill the cancer cells in the lung(s). Out of the two types of lung cancer – Small Cell Lung Cancer (SCLC) and Non-Small Cell Lung Cancer (NSCLC), Immunotherapy has shown better results on the latter type. This type of therapy is mostly given to the patients who have reached the advanced stage of the cancer.

Therapeutic vaccines, Adoptive T cell therapy and Immune checkpoint inhibitors are the types of Immunotherapy for the treatment of lung cancer.

Therapeutic Vaccines – The vaccines target the antigens found in lung cancer such as MAGE-3 and NY-SEO-1. Antigens are the characteristics of cancer cells on which the therapeutic vaccines work. Other vaccines have also been discovered which are still on the stage of trials and tests.

Adoptive T Cell Therapy – This therapy removes the T cells from the patient’s body and are re-programmed so that they destroy the cancer cells when placed back inside the body.